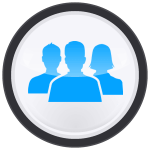 We’d like to put our knowledge, experience and professionalism to work for you. Feel free to contact us directly. 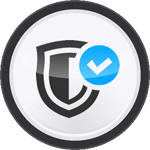 Compare prices and policies for a wide range of cargo types and choose the policy you want to purchase at the press of a button. 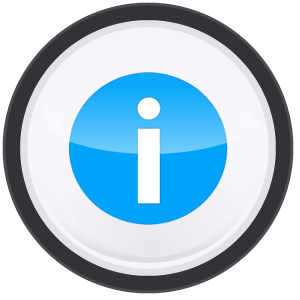 Established in 2000, Jacanna Customs and Freight was started by Ken Quigley who maintains 100% ownership of the company.

With a growing customer focused team, Jacanna offers a professional service with a wealth of knowledge and expertise in logistics, warehousing and distribution across all commodities. With options to move cargo by SEA, AIR or LAND and a worldwide network of agents,  Jacanna can Load it, Ship it, Track it, Clear it and Deliver it by any means from anywhere in the world.

We connect people and places around the world.

Jacanna Customs and Freight was featured in the NZ Herald’s “Your Business” Feature in August 2012.

Is well-known in the automotive industry, but it doesn’t just deliver vehicles – it can move almost anything for anyone. 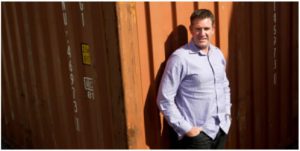 The adidas All Blacks rugby-jumper furore during last year’s Rugby World Cup, where Kiwis found they were paying more locally than overseas, turned out to be good business for Rod Duke’s Rebel Sports, which discounted the recommended price.

It was also beneficial for freight forwarding firm and customs broker Jacanna, run by Ken Quigley.

New Zealanders are increasingly reluctant to pay over the odds for anything, be it clothing, books, cars or motorbikes, and will look internationally to find deals, especially now the NZ dollar is stronger, says Quigley.

“People know about going online and finding the best deal. They are searching for agents in Japan, then looking for shipping services. And it’s not just cars, they are buying clothing and perfume, too,” he says.

“We handle a lot of shipments from people buying clothing off eBay to bringing in brand new quad bikes for farmers.”

A customer recently bought a motocross bike in Los Angeles. He paid around $1200 for the freight, pick-up and collection. With the expenses and the price of the bike, he saved $5000 and it took three weeks to arrive.

Jacanna specialises in bringing in motor vehicles from the UK, Australia, Singapore and Japan. Last year, it brought in around 10 per cent of the 83,000 used, imported cars from Japan.

The freight and customs company is also a specialist in importing and exporting hazardous materials, with clients in the biotech industry.

Based in Te Atatu South and set up in 1999, the business now has nine staff, several of whom are Japanese and Chinese speakers. Quigley imports from China, bringing in furniture, construction materials and electronics.

A major boost to the Auckland business has been its membership with the Global Logistics Network three years ago.

The network has more than 500 offices in 124 countries. “The support in the network has been fantastic. We get business by default.”

Another boost for the business has been the company’s offering of a full shipping package out of Japan, Britain, Singapore, the US and Australia.

The business has a contract with Pacific Auto Carriers moving cars to New Zealand on roll-on, roll-off vessels. “If someone purchases a vehicle from Japan we can offer a full logistics service from the supplier to the customer’s door in New Zealand,” he says.

“Costs vary depending on locations but is generally from $1500 a vehicle.”

The business owner is also the NZ and Australian licensee for the wheel protection system, RimPro-Tec, the NZ invention designed to stop car wheels scraping against kerbs when parking.

The former Dilworth boy, whose great-grandfather was its sixth student, has taken Jacanna to a business with a turnover from $15 million to $20 million. Quigley is sole shareholder.

You can also read this article on the NZHerald.co.nz site.

Autoterminal provide a donation for every vehicle imported into New Zealand from its Japanese headquarters and working with Council will be an integral part of the Restoration and Development plan for the Karapiro Stream in Cambridge.

Since its inception earlier this year, the “Planting our Future” donation programme has seen more than $10 000 donated to Waipa District Council for the planting of trees.

“We had an opportunity to secure the support of Autoterminal and having Raewyn on the ground in Japan where face to face relationships are so important was perfect timing. This project will see a significant number of plantings a year being installed for the restoration project at Karapiro. We would have struggled to budget for this within our Parks budget so this is a fantastic boost for Cambridge. This year we had a pair of native falcon nesting kararearea) for the first time, and by creating the right habitat we will undoubtedly see more bird activity and an improvement to the aquatic environment as well”

Mamoru Fujie, Chief Executive Officer for Autoterminal was impressed with the project and says it was a “natural-fit” for his company.

“As a company operating internationally we acknowledge our responsibility to support projects that have an environmental benefit and our tree planting programs around the world demonstrate our commitment. This was a unique opportunity and given our presence in New Zealand it was the right project for us to support as it was a natural fit. This project will also provide valuable links between schools and businesses, and provide Cambridge’s children with a means of learning about their environment and how to care for it beyond lessons in the classroom”

A special bumper sticker has been produced that will be displayed in the 30 to 40,000 vehicles that are exported to New Zealand each year by Autoterminal Japan Ltd and Mr Fujie is looking forward to visiting Cambridge again in future to see the how the project develops. Jacanna Customs & Freight is well-known in the automotive industry, but it doesn’t just deliver vehicles – it can move almost anything for anyone.

And the FIFA Under-20 World Cup 2015 proves the point with the company’s logistical expertise being integral to the success of the planet’s second-largest men’s tournament featuring “the beautiful game”.

Jacanna handled about 50 tonnes of products by air freight for FIFA and Adidas, and made deliveries to stadiums and hotels for staff, players and volunteers.

“It ranged from suits and sewing machines to kits, drinks bottles, and training and match balls,” says Ken Quigley, managing director. “It goes to show we don’t just do cars.

“For instance, we transported everything for the Brazilian and North Korean teams from the Tarmac at Auckland International Airport to their hotel in New Plymouth where they were for group stages. We were also responsible for looking after Ghana, Portugal, Panama and Austria.”

The logistics process for the world cup has been a tight ship. When stadiums closed as their involvement in the tournament ended, it was then a case of exporting everything back to countries around the world.

“The whole operation involved months of planning,” says Quigley. “We needed about 300 cubic metres of space – the equivalent of about 12 20-foot containers – in storage just for FIFA and Adidas.”

It was essential to be flexible 24/7 during the tournament, which ran from May 30 to June 20 and involved seven host cities – Whangarei, Auckland, Hamilton, New Plymouth, Wellington, Christchurch and Dunedin.

“Our warehousing team did an exceptional job and Blair Cosford, national operations manager for general cargo logistics, was on the ball throughout the whole process.”

Jacanna’s work included liaising with Customs, for instance, when it came to temporarily importing cargo to minimise duty and GST payable on equipment that needed to go back to source countries when the tournament ended.

“As a logistics provider, it has been demanding but if you prepare well as a business everything will go to plan,” explains Quigley.

“There was no wiggle room with this competition. On hand, there was the draw for the group stages, which meant everyone knew what country was playing where and when.

“Then the knock-out stages threw up unknowns. For example, Uzbekistan knocked out Austria, which meant a trip up to Whangarei to pick up the Austrians’ gear, so that tied up staff and trucks.”

“Jacanna has been great to work with,” says Lisa Tyer, transport and travel manager for FIFA’s local organising committee (LOC). “Ken and his team have been really accommodating and professional in their processes, and with warehousing, transport and logistic requirements as required by the LOC.

“With the nature of a world cup – from the pre-tournament phase, group play and knock-out stages up to and including the final – it is important to be proactive, flexible and have a detailed, planned process for each stadium and match scenario, and also to adapt quickly to the environment, weather, results and requirements a tournament brings. 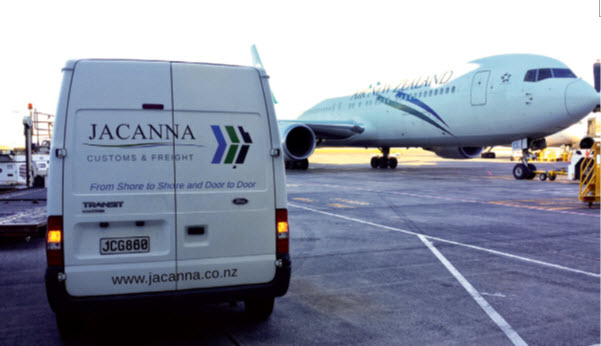 “Jacanna assisted with local ground transport in some host cities, Customs clearances and Ministry for Primary Industries advice to our teams as needed, and also with storage and warehousing pre-tournament as equipment, uniforms and freight arrived from around the world.”

For football-mad Quigley, some perks came with the work. “It was great working on this project because I’m so passionate about football,” he says. “It was exciting meeting teams and stars of the future.”

“It’s been brilliant being involved with such a professional organisation as FIFA. It did a great job, right down to ensuring triple-thick cartons were used for the return of items and limiting cargo damage.

“Along with the cricket and rugby world cups, this under-20s tournament has been massive for New Zealand.” 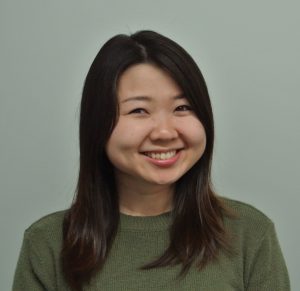 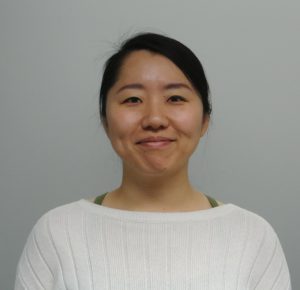 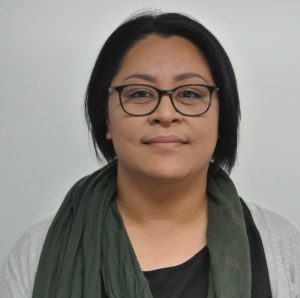 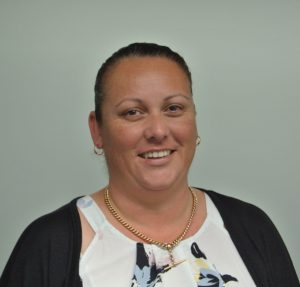 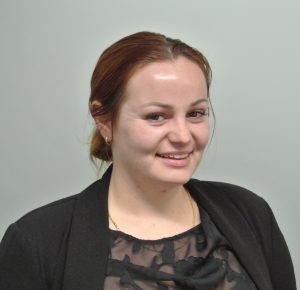 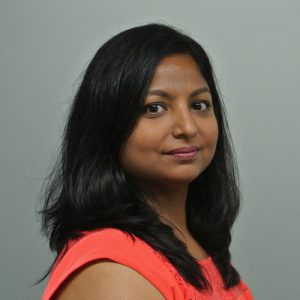 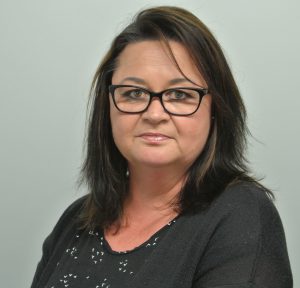 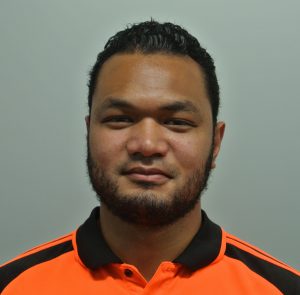 Will be added here soon…